Don’t let my husband’s Facebook status fool you. I was an avid follower and supporter of my team the entire season. During the past three years of fantasy football play, my team was awful. It all changed this season.

Because of this, I decided it was only right to pen an open letter to the ladies of league Show Me Your TDs and thank those who got me where I am today.

I dedicate this season to myself.. for overcoming years of oppression and horrible players, climbing through the trenches of NFL games from the bottom of the barrel, and growing into who I am today: the 2013 champion.

First, I’ll start off by saying that if I ever find the person who gave Wes Welker two concussions, causing him to miss my playoff games, I will be sure they are also concussed for at least five weeks. #findweswelkersconcusser #hithiminthehead

Second, I owe each and every one of your teams (except for Screaming Scorgasms, the only team who managed to beat me every time we played, which was once) a special thank you. Somehow, all of the players on your team WANTED me to win, as they all played well below par during our match-ups. You can’t be mad at them. #curseofthebigthuglies

Next, thank you to Rob for telling me to pick running backs and wide receivers first. This helped tremendously, as I found out in past seasons it’s not very helpful to have the #1 defense or #1 kicker.

But mostly, thank you to Rob for not explaining that you (1) shouldn’t pick two main wide receivers on the same team and (2) shouldn’t pick players with the same bye week. By not giving me this advice, I drafted Demaryius Thomas AND Wes Welker, in addition to the other 8 players who had a bye week 9. #gowithyourgut

Fourth, as a former flutist, I’d like to give a special shoutout to the arts. My team had considerable musical talents this year. Naya Rivera’s brother, Mychal, a rookie TE, stepped it up to score at least 3 points per game. I bet he has a good singing voice. Also, Keenan Allen told the press this week he almost quit earlier this season to start a musical career because he wasn’t getting enough playing time. #wellrounded #encourageschoolstokeepmusicprograms

Fifth, while some of you may think I’m mad at Frank Gore for only scoring 1 point this week, I truly commend him not for his ability as a running back, but for his high standards. When I saw him demanding a winter coat be placed around him in a team huddle, while the others froze their asses off, I thought, “Now that is a guy I can get behind.” #princessfrank

Sixth, while Matt Stafford provided my team a lot of support in the beginning, he has fallen into a horrible, horrible place and my kicker scored more points than him this week to help secure the win. He was no help and I would like to NOT thank him. His girlfriend will probably be mad at me. #twitterwars

Seventh, it is with great sadness I know at least one of my players will be getting in trouble with the law in 2014, following the likes of Titus Young and Aaron Hernandez. Whoever it is, may they have had a good enough season to afford a good attorney. #goodhelpaintcheap #sorryaaron

Finally, it was a pleasure playing with all of you ladies and I’m looking forward to next year already. May the Fantasy Football lords grant you the same luck next year that I had this year. Just kidding.. I hope they grant it to me again. 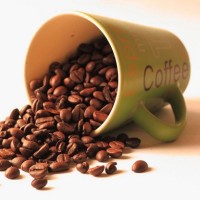 Habits, purpose and a little bit of zen.